The most efficient shape for maximum airflow is simply a straight, constant diameter pipe. Therefore, the ideal shape for an intake port would be one with no bends. Due to constraints by the size and shape of the engine, that is not a possibility. However, maximizing airflow through the engine head can still improve engine performance. This is done by adjusting the shape of the valve seats, as well as the intake and exhaust ports to achieve the maximum airflow and reduce separation which occurs when the airflow is forced to undergo a rapid change in direction. The goal is to be as smooth as possible when changing directions. The short side radius of the intake port is imperative to decreasing the separation that occurs in the airflow. 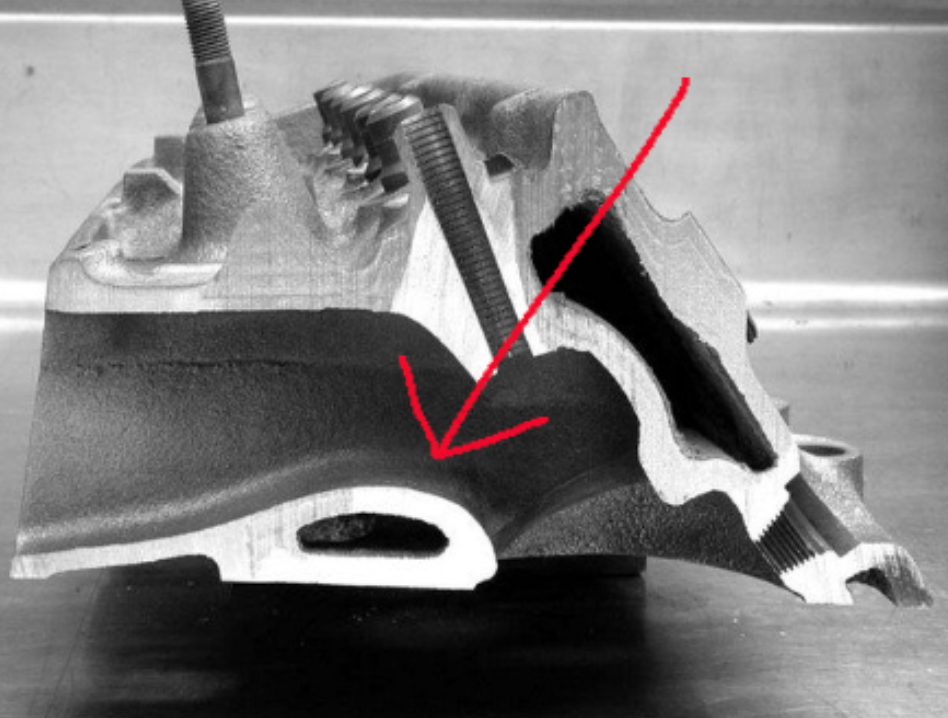 If it is not gently shaped, there will be a significant amount of separation, resulting in internal drag and decreasing the amount of airflow that will make it to the port. At P2P, we adjust the valve seats to have five angles. 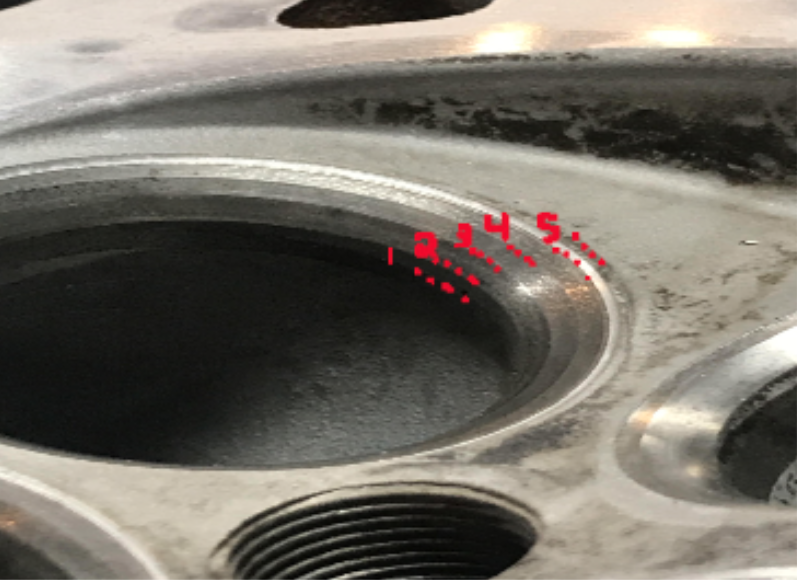 The angles are critical to help airflow into the combustion chamber, as well as making the valve sealing efficient. A properly angled valve seat also increases the life of the valve and the valve guide.

The airflow in cfm through a cylinder head can be analyzed using a flow bench to get an idea of how well the ports flow air. The testing is done with the valves lifted 5% of the valve diameter. The tests also use accommodations to simulate intake and exhaust pipes as well as a cylinder bore adapter to simulate being attached to the engine. A spark plug is also inserted into the cylinder head to achieve accurate results.

The flow bench provides results in terms of cfm with the inputs of test pressure, temperature, and the local barometric pressure. The resulting cfm can be used to predict the engine horsepower using the following equation.

In the equation, Cpwr is a coefficient that has been derived empirically that changes based on the test pressure, and Cyl is simply the number of cylinders the engine has.